All You Have to Know About Baking Soda

Baking soda is a chemical compound that dates back to the days of the ancient Egyptians. That means it has been used for roughly 3,000 years and has stood the test of time. They used baking soda as a component in a cleaning agent that they called natron – even then, they recognized the inherent properties and benefits of baking soda.

Imagine that – 3,000 years ago, and people were just as innovative and creative as us. It just goes to show that the most effective products and cleaners most of the time are natural and gentle – a far cry from the harsh detergents and chemicals more commonly in use today.

Baking soda in its modern form was first created by Nicolas Leblanc in 1791, and the first commercial baking soda production factory was formed in 1846 by Austin Church and John Dwight – they created a brand that you might recognize in Arm and Hammer. Arguably, it was used far more in the 1800s and 1900s because of the infancy of household chemicals and lack of viable options.

As we routinely reach for bleach, 409, or Comet for our purposes, we have forgotten about the general utility of baking soda. We simply don’t know what to do with it now – we know we can scrub a couple of things with it, and we know that a box in the refrigerator can reduce some odors.

But did you know that you can actually consume it in small quantities (extremely safely) and mix it with other compounds for beneficial chemical reactions?

That’s right – you can replace the majority of the commercial cleaners that you have under your sink, and thank goodness because the best part about baking soda is that it is safe.

Baking soda avoids all the potential harm and risk of most commercial cleaning products on the shelves of a grocery store because it’s natural.

Most cleaning products that you can buy from markets today contain many harmful toxins, and can even be dangerous to inhale or use in small rooms. Try cleaning a bathroom with bleach while the door is closed and tell me you don’t have a headache. In fact, a headache will be the least of your problems if you do this on a long-term basis.

They’ll have at least some of the following chemicals: phthalates, perchloroethylene, 2-butoxyethanol, chlorine, and ammonia. If those sound evil and ominous, it’s because they are. When used in excess, they can even cause lung damage and cancer.

Other side effects include:

And let’s not forget that if you mix ammonia with bleach, you create a chlorine gas that is fatal within minutes. Any time you’re exposing yourself to these harmful chemicals is a risk to your health.

It’s like taking a horse tranquilizer to sleep instead of a normal over the counter sleeping pill. It’s just unnecessary if you have better, safer options.

We can do better. With baking soda, we can avoid these dangerous side effects and stay natural all the way.

Just how does baking soda work?

The reason that baking soda works as well as it does is its chemical makeup. It has certain traits that allow it to serve many functions while being extremely healthy and non-toxic.

First of all, baking soda is physically mild, but slightly abrasive.

What does this mean? Baking soda is gentle, but effective. It doesn’t react with many other compounds so it is widely usable. It’s a powder that you could mistake for flour, but unlike flour, it’s abrasive and can be used to gently scrub surfaces clean. It’s also water soluble, so you will always be able to wash any excess away.

Baking soda is basic. It is alkaline. This means it neutralizes the natural acidity in many things, which lengthens their lives and allows them to last longer. For example, if you were to use baking soda in your plumbing and pipes, it would be able to neutralize the pH of the water and prevent corrosion of the pipes.

This applies to acidity in all walks of life, and anytime you want to manipulate the pH of something.

It’s natural and can even be ingested in small amounts. This makes it usable in cooking and anywhere there is the possibility of contact with skin. You can handle it safely and for extended periods of time. Baking soda is a much better alternative if you live in a small apartment, have children or pets, or just want to decrease your exposure to harmful substances. That should be everyone.

Take all of these elements and you get a substance that is amazingly versatile for use around the house. 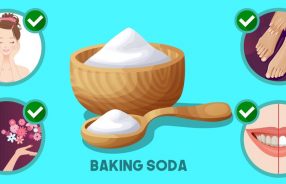 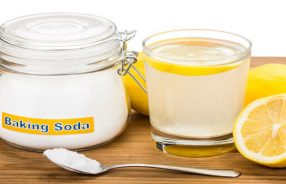